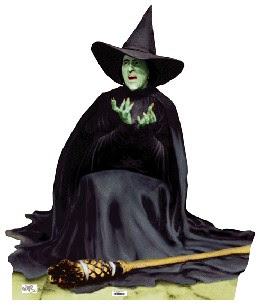 Imagine that slowly screeching out of my mouth and I turn into a green and black puddle on the floor.

I know it’s not just me, but this has been one of the hottest summers Georgia has seen in a while. I know it’s been hot EVERYWHERE, but Georgia has the dreaded wet heat. I think the only place I’d be less excited about being pregnant might be Louisiana or Mississippi because they’re even farther south.

I’ve always been extremely hot-natured to begin with. When I found out I was pregnant back in December, I thought, “Oh crap, I’m gonna be in the last trimester during the hottest part of the year…” I mean, there’s not a whole lot I could do about it then, and not a whole lot I can do about it now, save for hoping for serving baby Mango with an early eviction notice.

I get my fresh air in the mornings when I walk Leela, and we’re never out past about 8:30am or so, otherwise, it starts to get too muggy. I pretty much refuse to go outside during the day unless I’m out running errands, and you’d better believe that my car’s air conditioner is at full-blast. Everywhere I go, people are like, “Wow, you must be really hating this heat, huh?”

And I want to say, “Why yes, waddling around with a tiny little slow-cooker attached to my torso is SO MUCH FUN!” (I would never actually say that, unless fiercely provoked. The heat just makes me a tad grumpy.)

Even at night, I pretty much freeze my poor husband out. Last summer we were pretty good about keeping the thermostat at the Energystar recommended levels, but this summer, we’ve had to just throw that out the window. It’s set to 72 degrees pretty much all day, and I HAVE to have a fan on me at all times. Poor guy is always snuggled under the comforter when I wake up, so I usually try to remember to turn the fan off when I go downstairs to let the dog out so he gets a little reprieve.

Anybody else? Has this been a ridiculously hot summer for ya’ll, too?