I’m currently writing this post on about 5 hours of sleep without any form of caffeine, so forgive me in advance.

Parenthood is and is nothing like I thought it would be.

I expected the sleepless nights, but I didn’t expect that I wouldn’t care much. I look into his sweet little face and I can’t even imagine being mad at him. 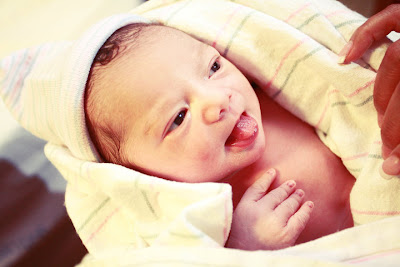 The minute my doctor put him on my chest I burst into uncontrollable happy tears. I was so overwhelmed that after 14 and a half hours, plus 9 months of waiting, plus 10 months of trying to conceive, he was finally here.

I also didn’t realize I would bond with him as quickly as I did. I was/am dead set on breastfeeding because of all the benefits, but I was scared I’d do it wrong, or he wouldn’t latch well, etc. The nurses at my hospital (Northside Cherokee in Canton), were so supportive and so fantastic and they helped soothe my fears and almost immediately worked out a system that seems to work well for me and the baby. I also have a lactation consultant’s number ready in the event that I have any unanswered questions. I’m so glad I did all sorts of reading while I was pregnant, though. I was so determined to stay informed that I think I almost over-informed myself (is that even possible?), so I feel like I had a pretty good idea of what to expect as far as feedings go.

I went to my 1-week checkup yesterday, and the doctor says I’m healing well. They had basically ordered me to stay as close to bedrest as possible, and I wasn’t allowed to drive or lift anything heavier than the baby himself, which is very close to the same orders they give c-section Moms. I’m a little different, as I didn’t have a c-section, but I did have a pretty nasty tear (4th degree, but don’t Google unless you really want to know). I didn’t actually find this out until the next day, (last Monday), after I realized that my nurses were so vigilant about bringing me percocets. When I inquired if they’re this generous to all the maternity ward patients, she said, “We just want to make sure you’re comfortable, given that you had such a major tear.” When I asked her what she was talking about, she explained to me that the doctor opted to give me an episiotomy, but when I was pushing the little guy out, he pretty much ripped me apart anyway. Nothing I could really do about it. I had no idea, and when she told me, I became really emotional and worried. It sounded so scary, but I had gone almost a full day without realizing what had actually happened.

After reading this post and this post about post-baby care for me, I had a fairly good idea of what was going on with my body, and how to manage, but I didn’t know specifically what had happened to me until a full day after I’d given birth, and I certainly hadn’t planned for that particular outcome.

A week later, my stitches are starting to heal, and I’ve officially been granted the permission to drive myself around again. It doesn’t really bother me much, because every time I think about why I have the stitches in the first place, I completely forget that they’re there.

Last week I started working on my birth story, mostly just to keep for myself so that I don’t ever forget that day. I am so ridiculously in love that I feel like with every step, my heart is going to just bust open. It’s a completely different kind of love than I’ve ever felt before, and I’m amazed at my ability to love him more and more each day. 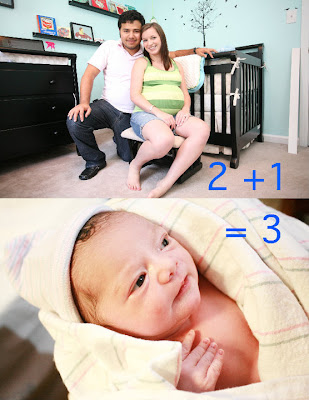